The following is ThreeHundredEight.com's averages of the polls for the mayoral election in Toronto, scheduled for October 27, 2014. These numbers were last updated on October 27, 2014, and reflect the best estimates as of October 25, 2014, the last day of polls included in the aggregate.

The averages are calculated using the standard methodology of the site, explained in detail here and here. In short, the averages are weighted according to the age of the poll, the size of the sample, and the historical accuracy of the polling firm. 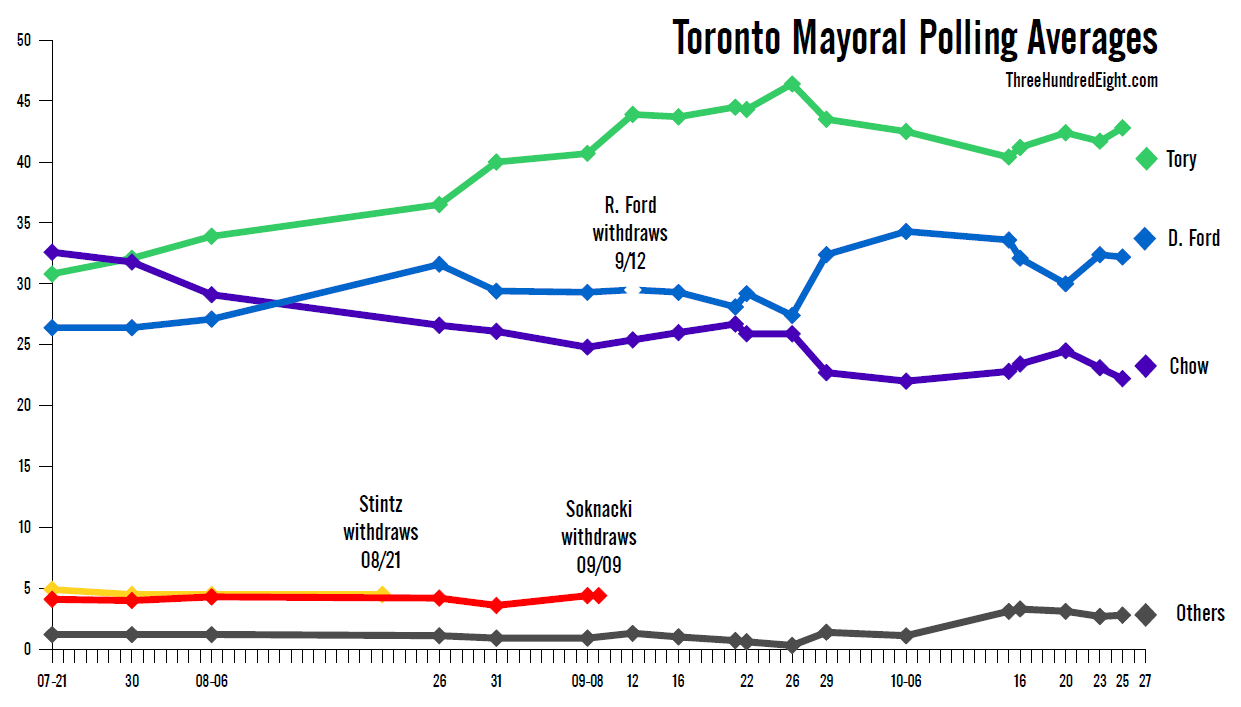 The 'Recent High' and 'Recent Low' represent the highest and lowest poll results recently reported. These are drawn from either the last three polls to be published or the last seven days, whichever delivers the highest number of polls.

A list of polling for the mayoral election can be found here.