Last month was only slightly busier than June, with three national polls being conducted interviewing a total of 6,244 Canadians. Perhaps it was an anomalous month due to the low number of polls and the pollsters in the field. Perhaps it was due to it being the summer. But July showed a significant surge for the Liberals across the board. Blip or not? 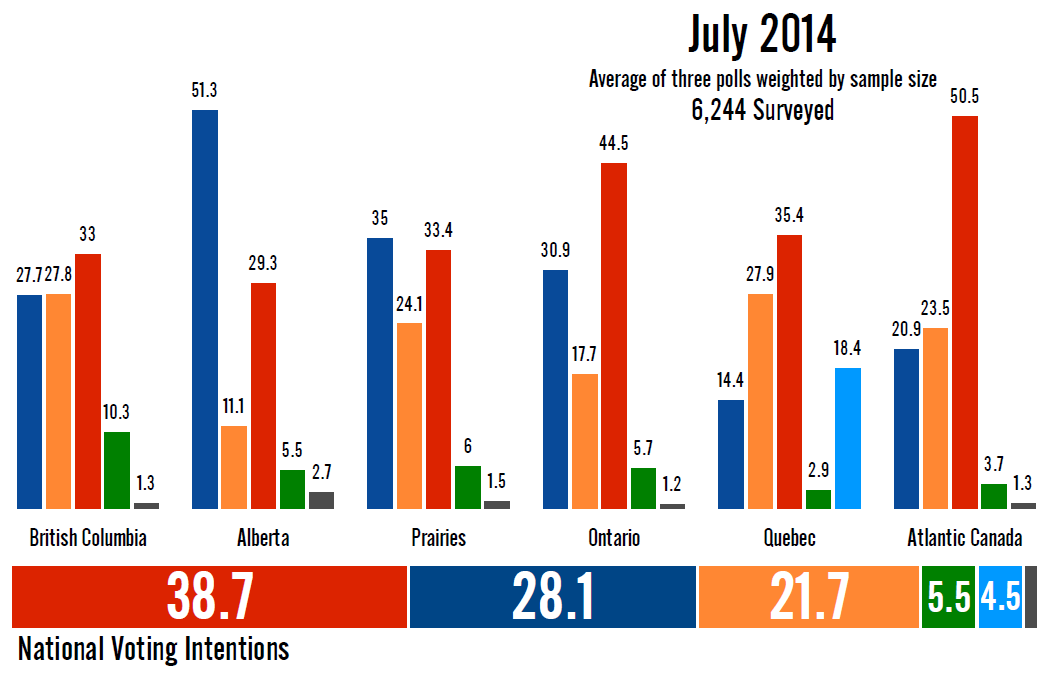 The Liberals averaged 38.7% support in July, up 5.7 points from June and the highest they have recorded going back at least as far as before 2009. It was also their first month of increase since January, and stretches their lead overt the Conservatives to 16 months.

In the Prairies, the Conservatives slipped to their lowest level since December 2013, down 8.5 points to 35%. The Liberals were up 2.5 points to 33.4%, their best since February, while the NDP was up 3.1 points to 24.1%, its best since January. The Greens gained two points and averaged 6% support.

The Liberals made a big gain in Ontario, increasing 6.8 points to hit 44.5%. That is their highest support on record going back before 2009. That is especially surprising considering the Liberals had been holding steady in Ontario for the previous 11 months. The Conservatives were down 4.4 points to 30.9%, their lowest since May, while the NDP was down three points to just 17.7%. That is their lowest since March 2011 and, aside from a blip last month, have been dropping in Ontario for four consecutive months. The Greens were unchanged at 5.7%. 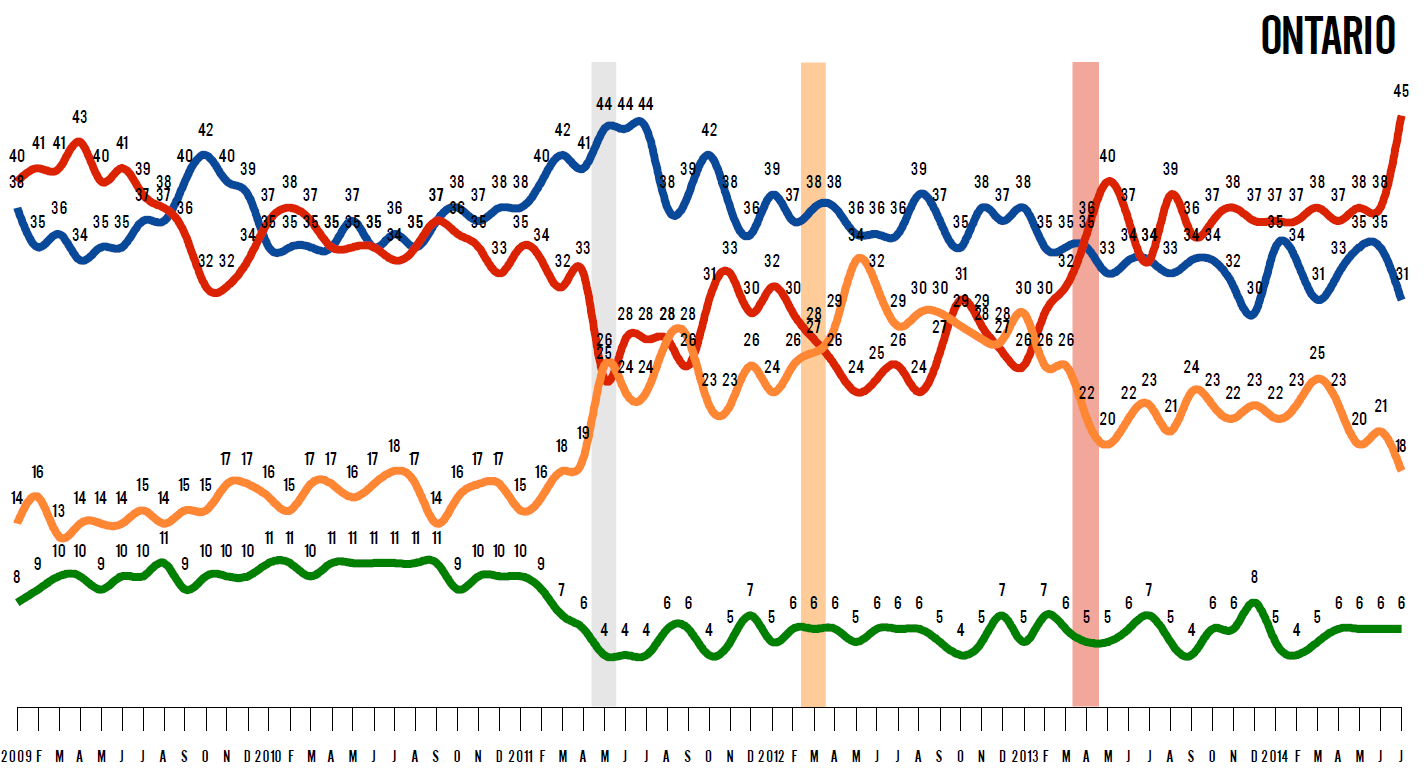 The chart above shows just how unusual the Liberal surge was in the context of a period of serious stability. We will have to wait and see where the Liberals' numbers go from here before determining whether this was real or not.

With these levels of support, the Liberals would win around 159 seats, a gain of 43 since June's projection. The Conservatives would win 101 seats, down 28, while the NDP dropped 16 seats to 74. The Greens and Bloc would each win two seats.

This is one indication of how remarkable the numbers were in July. It could be that opinion shifted last month, or it could be just the product of which pollsters were in the field (EKOS and Forum tend to poll better for the Liberals). We will have to see what the polls in the coming weeks and months have to say.
Posted by Éric at 10:54:00 AM