The following are ThreeHundredEight.com's projections for the Alberta election scheduled for May 5, 2015. These numbers were last updated on May 5 2015, and reflect the best estimates as of May 4, 2015, the last day of polls included in the model. You can click on all of the charts below to magnify them.

Click here to read an explanation of the new model, how it performed in 2012, and what to keep in mind when looking at these numbers.

Click here to read the detailed analyses from the main site concerning the Alberta election and new polls.

The follow chart breaks the projection down by region. 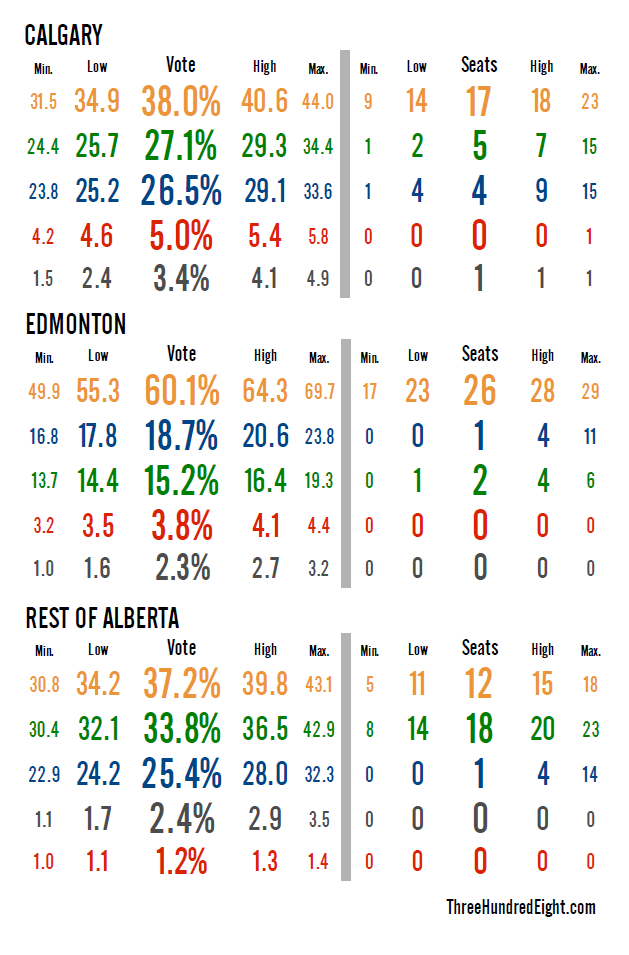 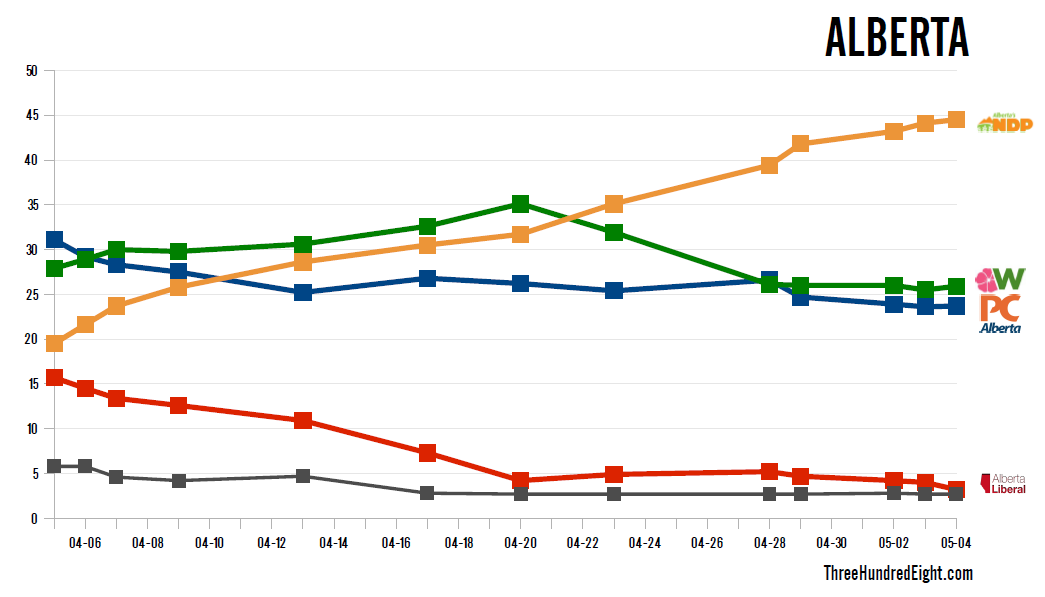 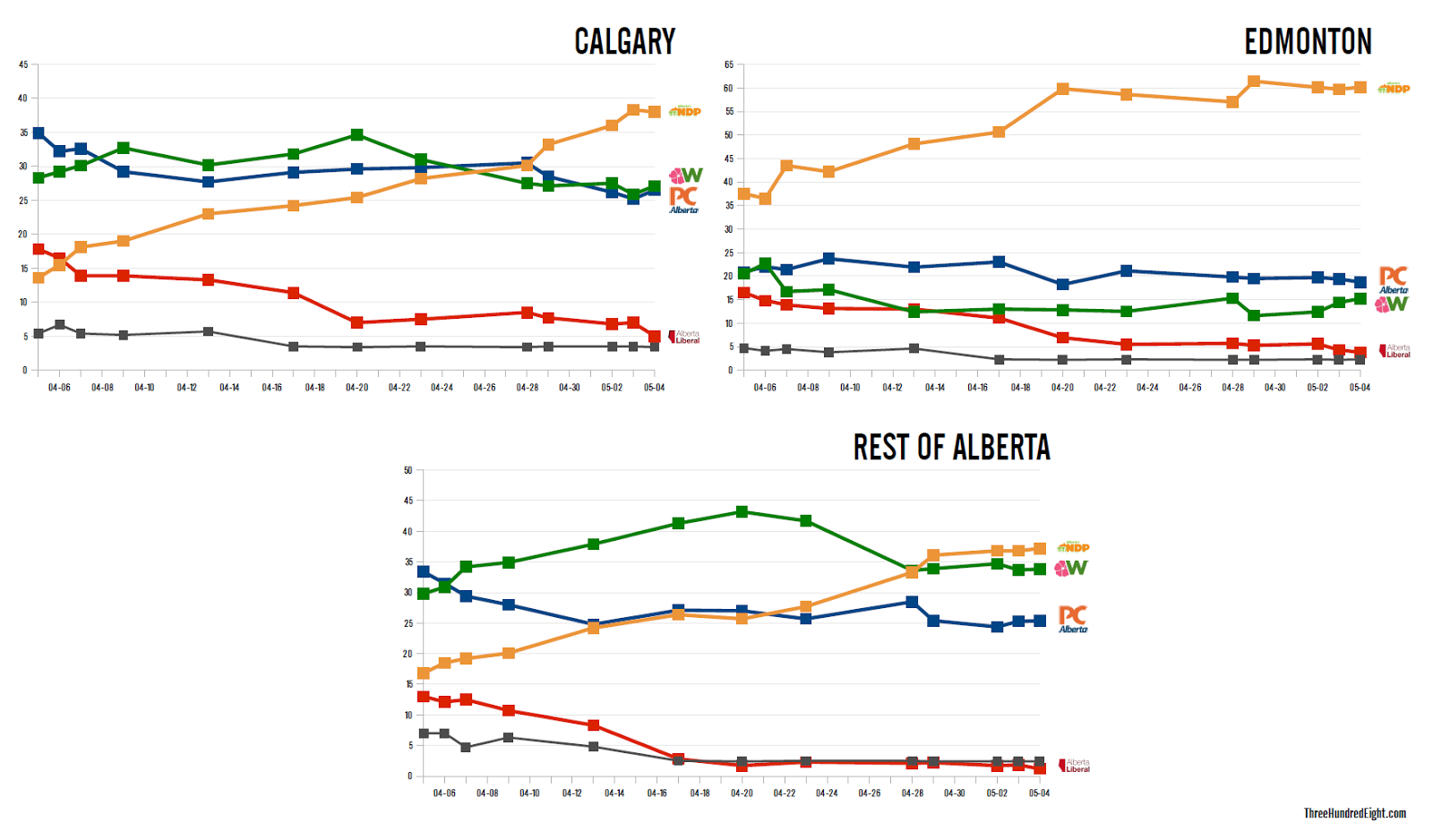 The following chart lists the provincial polls currently included in the projection model that make up at least 95% of the weighted average, as well as the weight each poll carries. It also lists the media outlet that either commissioned or first reported the poll. 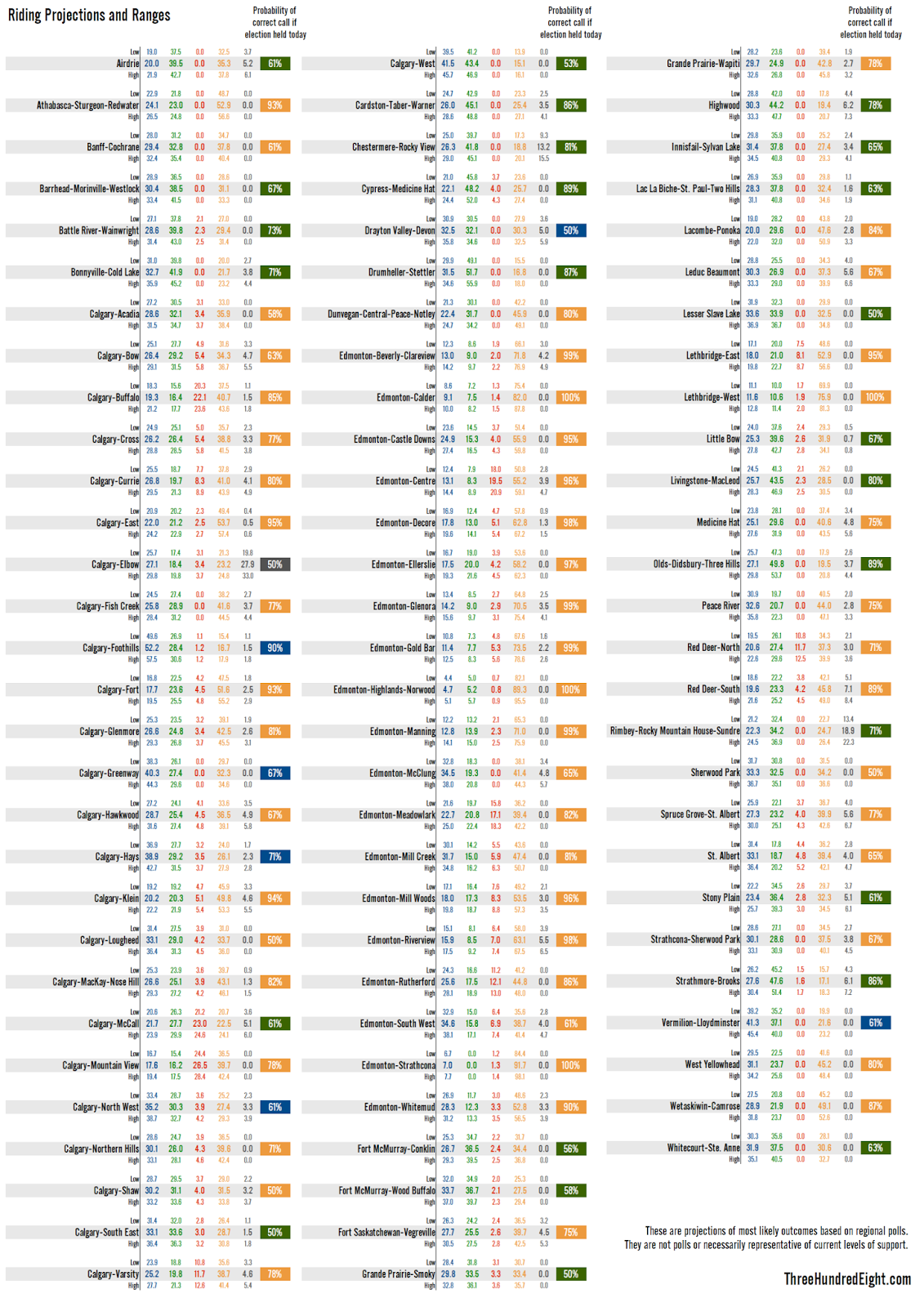 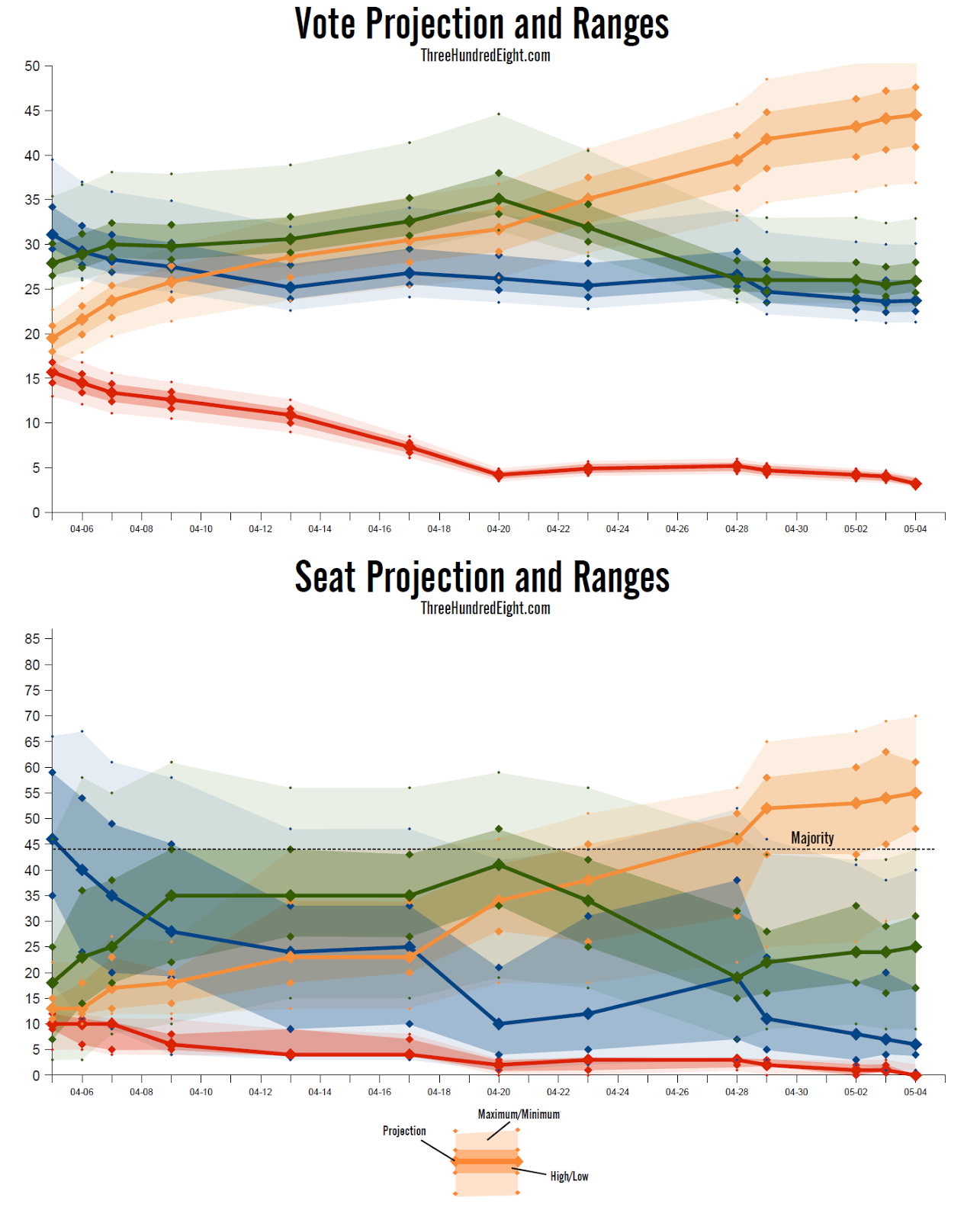