Scottish referendum going down to the wire

On Thursday, Scots will decide whether to leave the United Kingdom and dissolve their union of over three centuries. The polls suggest the outcome could be as close as the one that almost split Canada apart 19 years ago.

The campaign for Scottish independence certainly appears to have the momentum.

You can read the rest of the article at CBC.ca.

The referendum campaign in Scotland has been an interesting one. It started out as a long shot, but as the vote has approached the 'Yes Scotland' campaign has closed the gap. They still trail, on average, but it is close enough that the result could go either way. The pollsters are saying that the 'Better Together' side will prevail, but only just.

Below I've plotted all the polls that have been published since the beginning of the year, and cropped the y-axis so that the chart is easier to read. You can see just how close it has gotten. 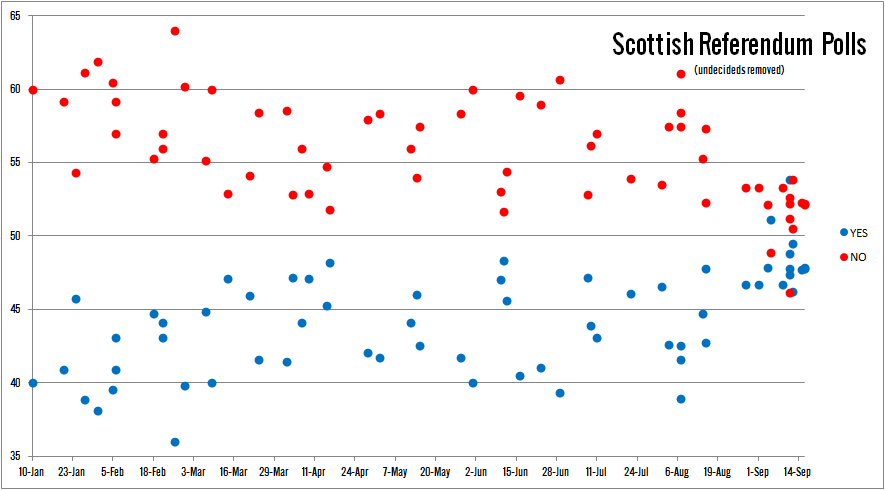 It will be interesting to find out tomorrow how the polls do. Will they be right that the No side will win by a narrow margin? Will undecideds swing to the Yes side like they have been for the past few weeks? Or will they stick with the status quo?