The following are ThreeHundredEight.com's final forecasts for the upcoming provincial election in Quebec, scheduled for April 7, 2014. These numbers were last updated on April 7, 2014, and reflect the best estimates as of April 4, 2014, the last day of polls included in the model. You can click on all of the charts below to magnify them.

Click here to read the detailed analyses from the main site concerning the Quebec election and new polls. 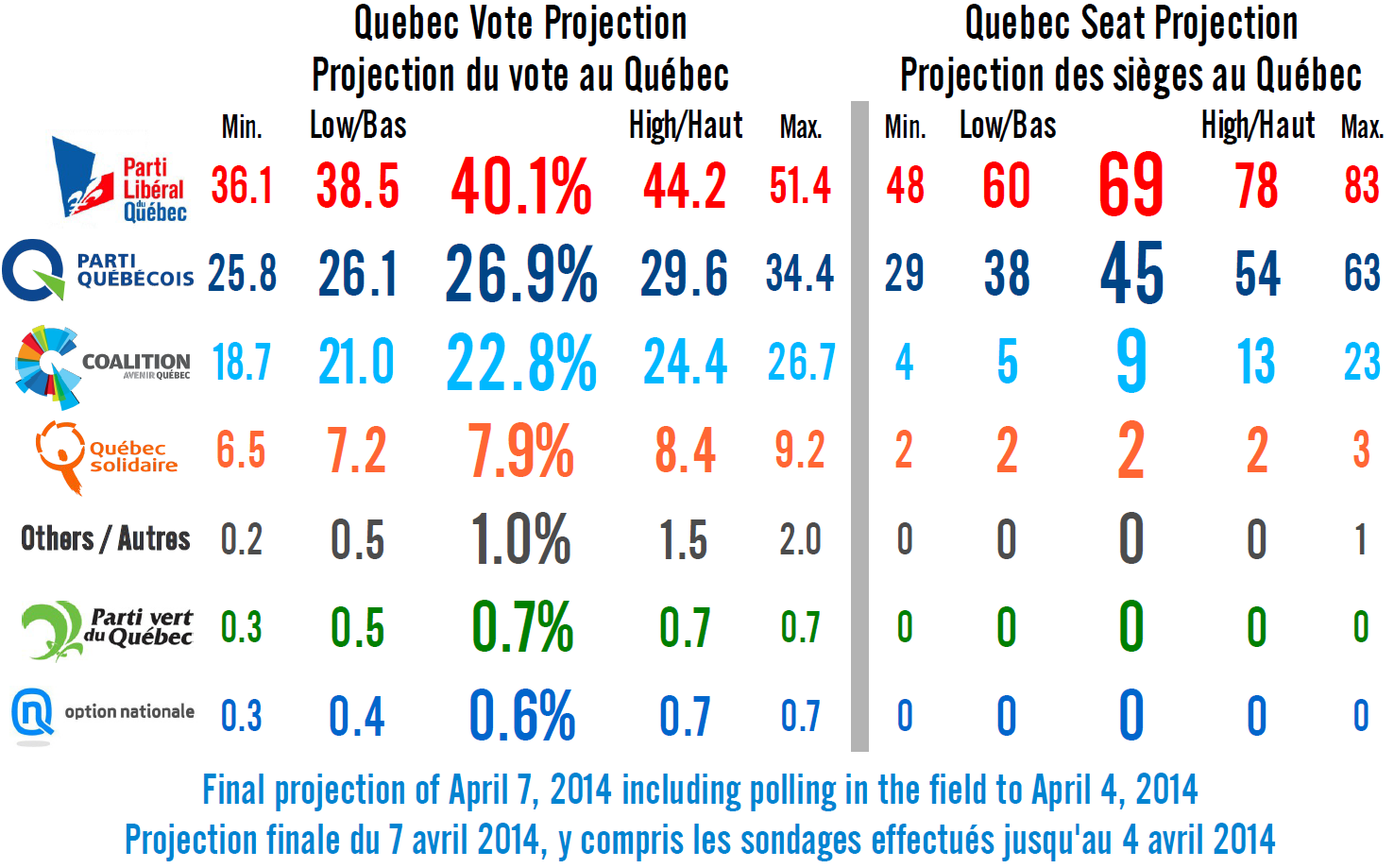 The follow chart breaks the projection down by region. A description of what each region includes can be found at the bottom of this page. 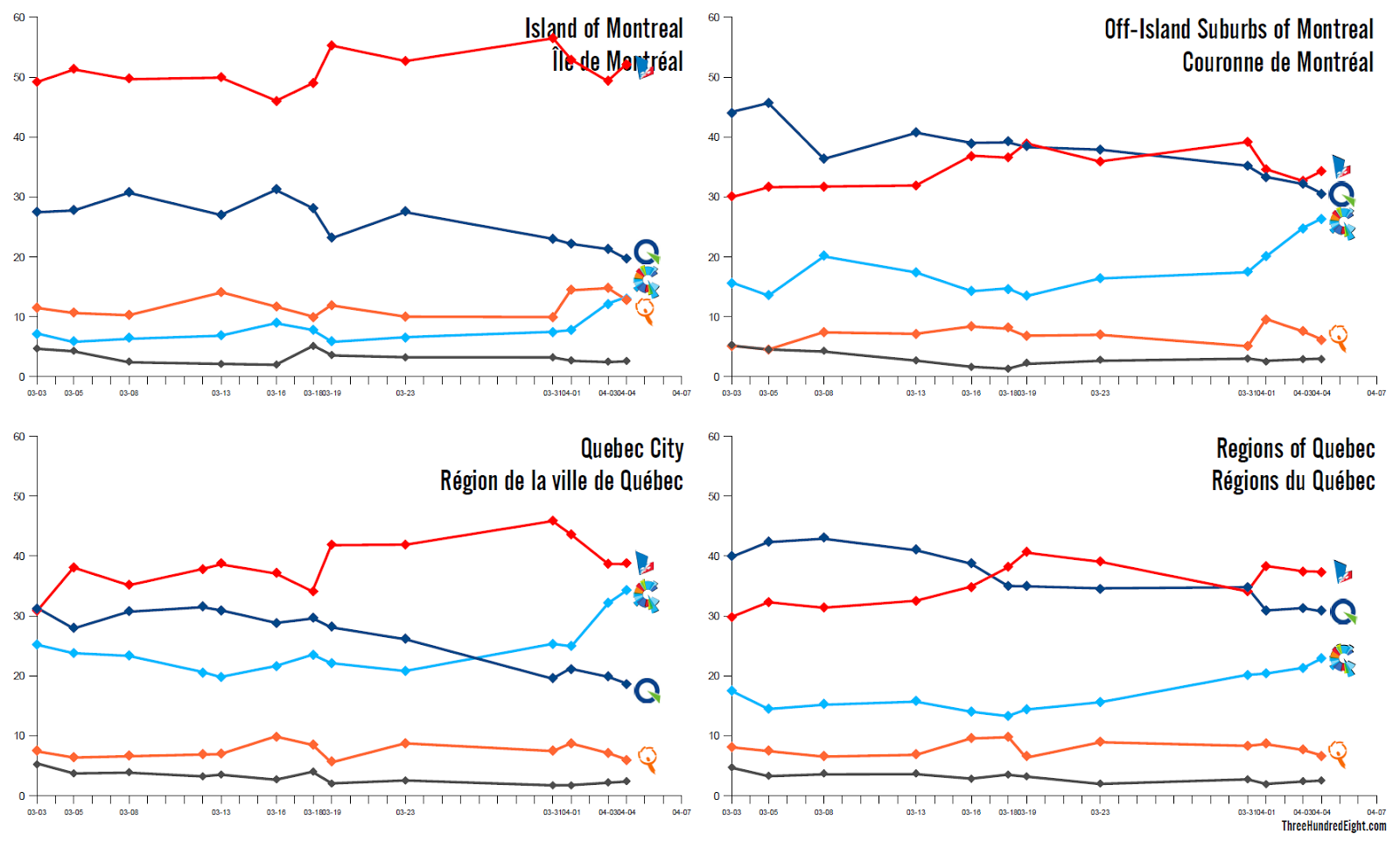 The following chart lists the polls currently included in the projection model that make up at least 99% of the weighted average, as well as the weight each poll carries. It also lists the media outlet that either commissioned or first reported the poll. 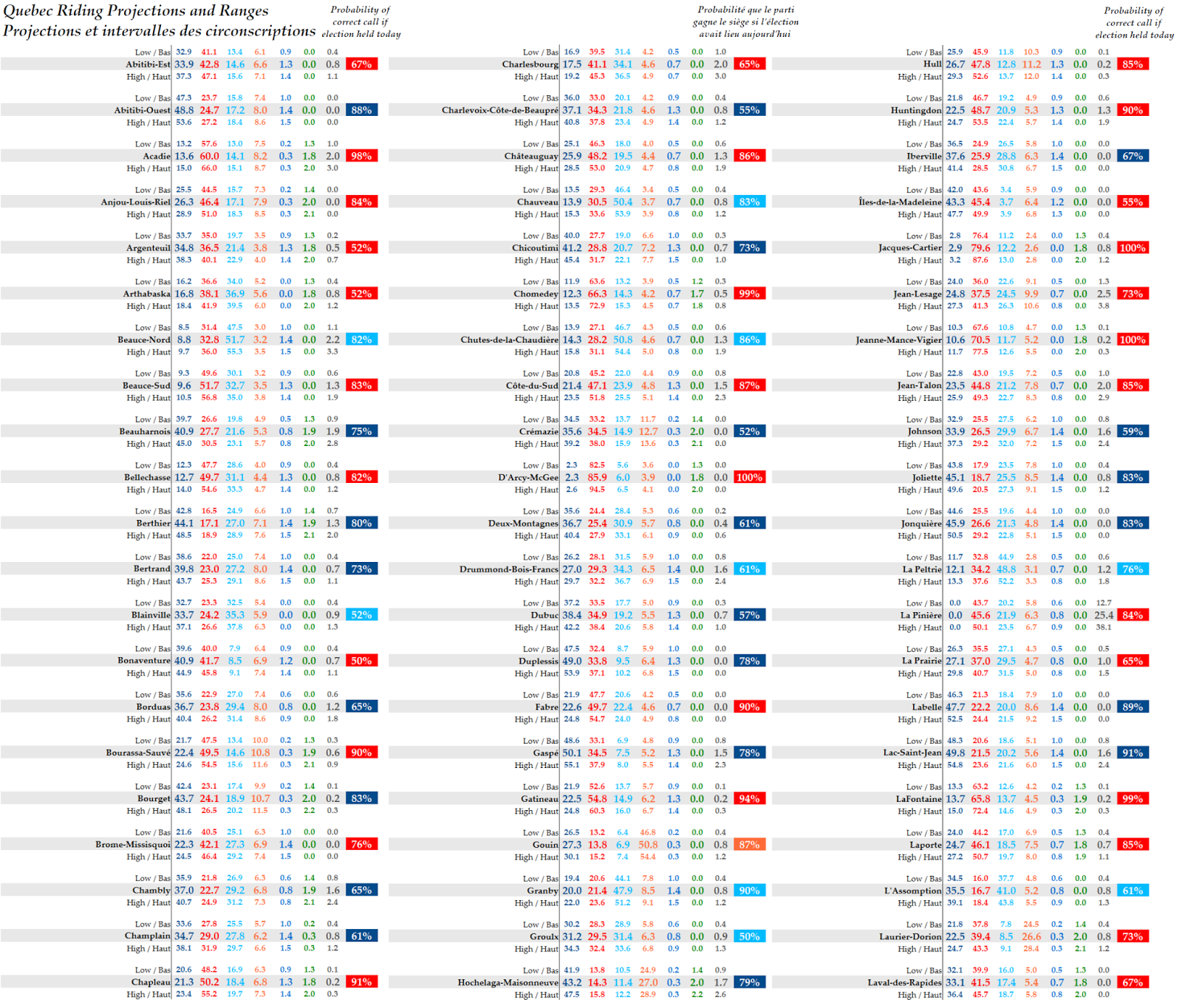 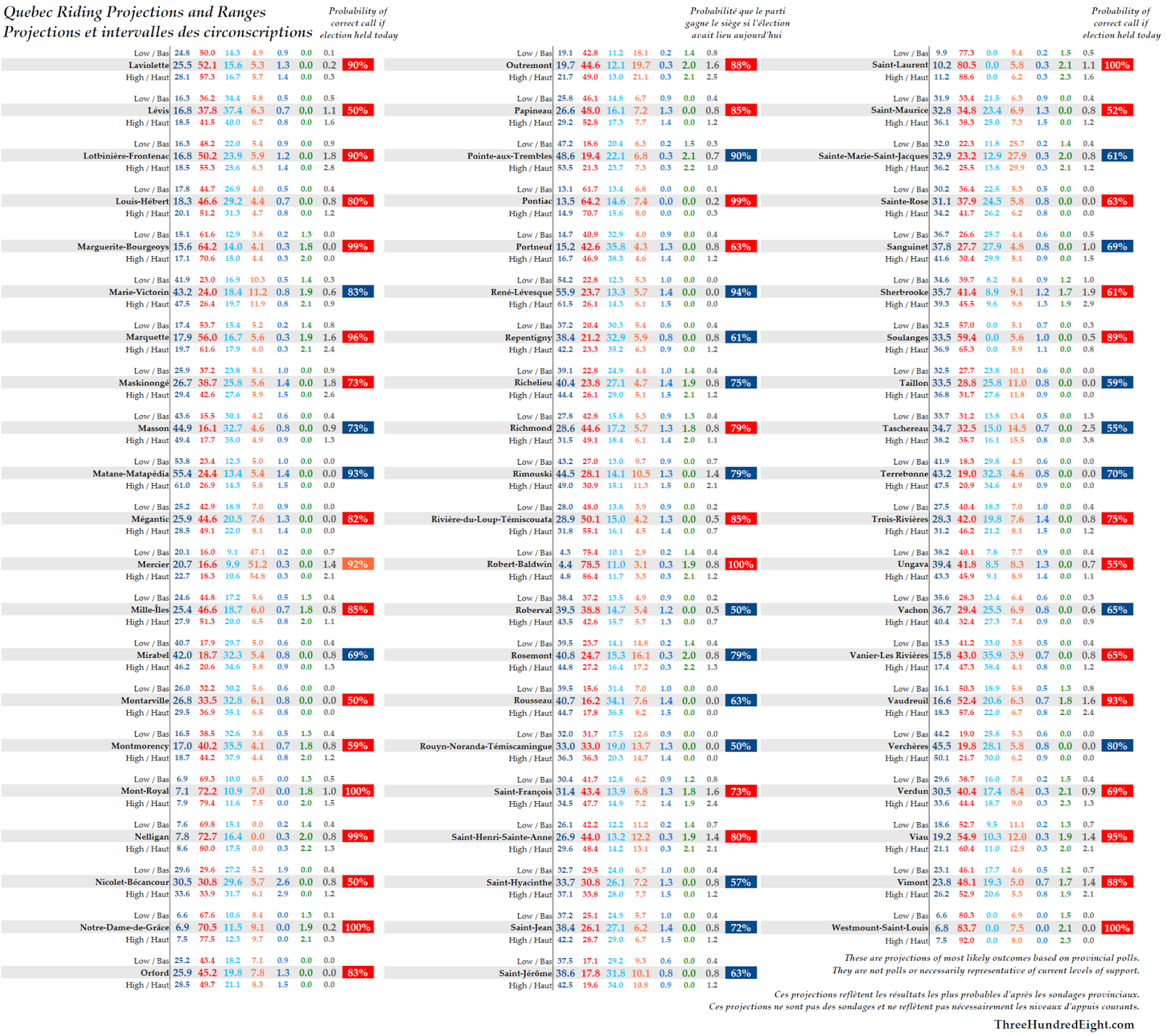 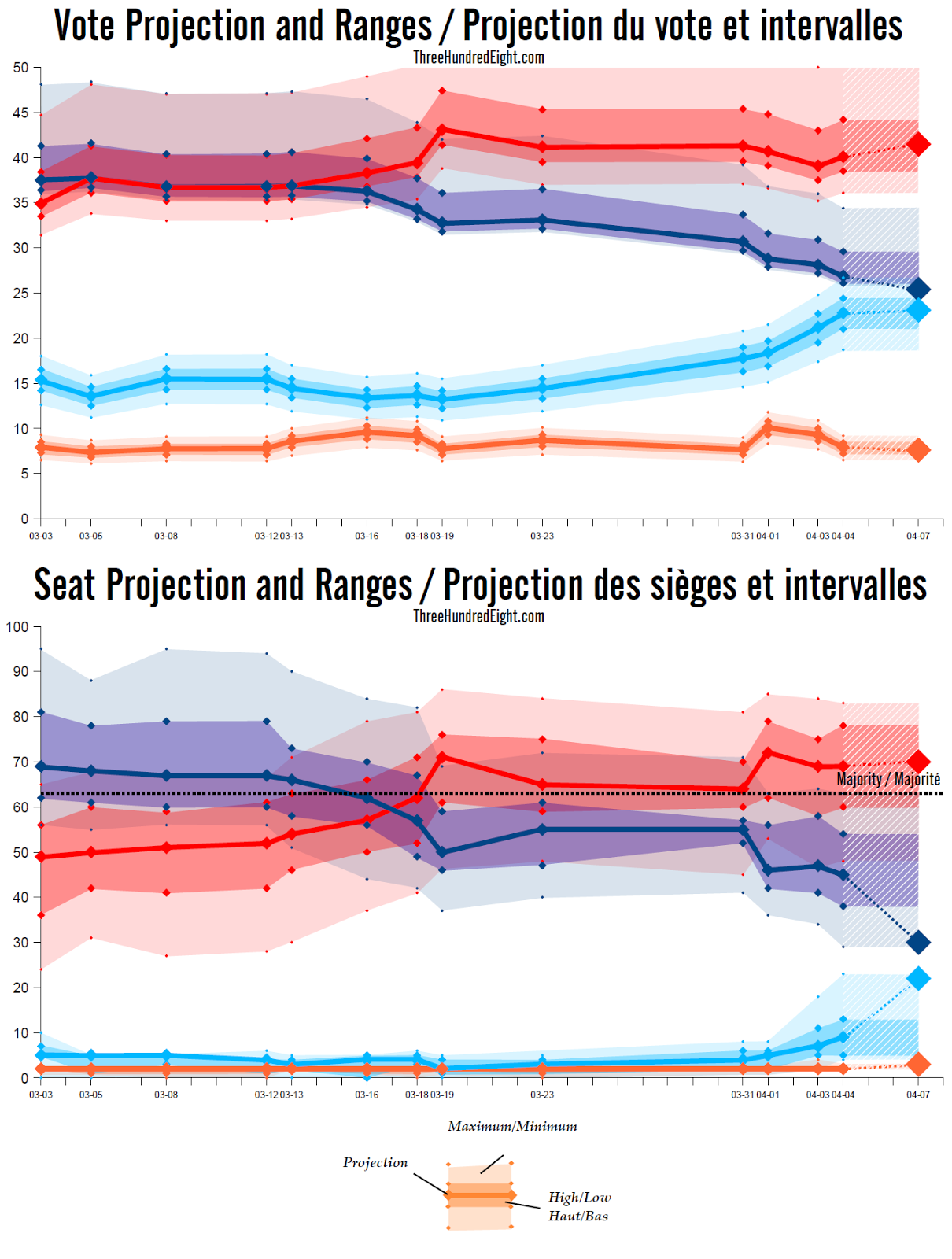 The following charts show the current and past estimations of support among French-speaking and non-French-speaking Quebecers. The dates refer to the last day of polling used to calculate support levels. 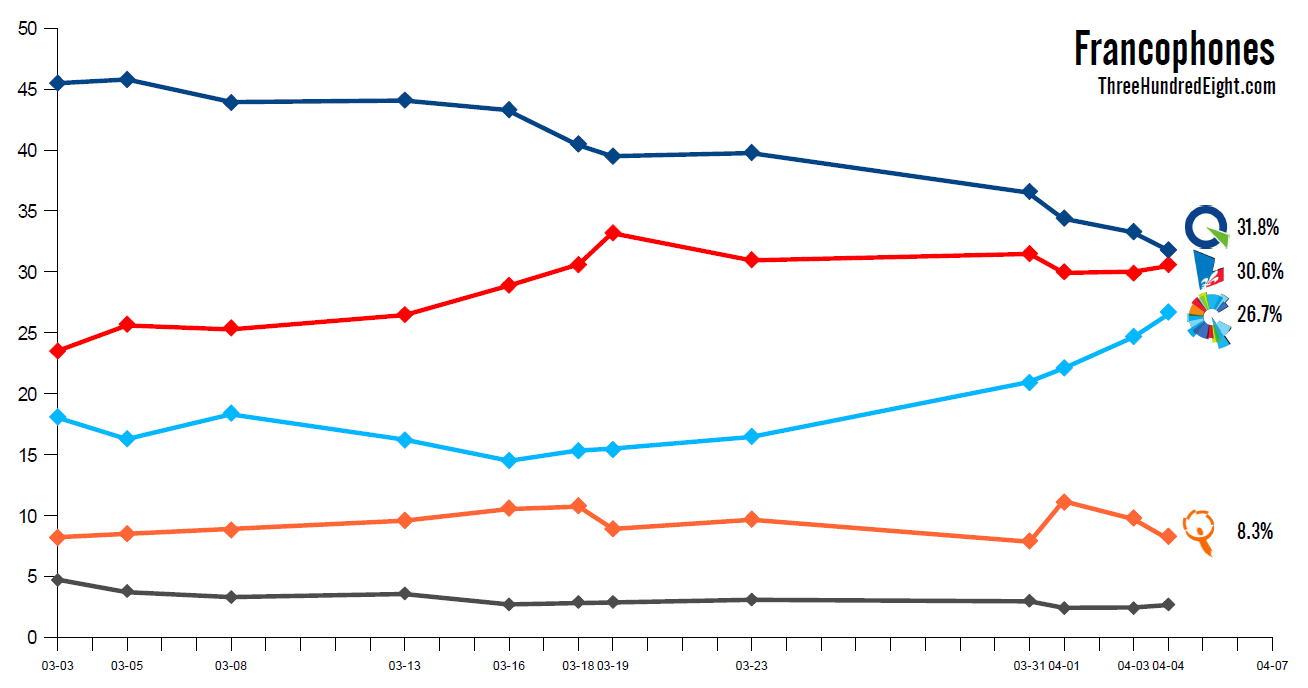 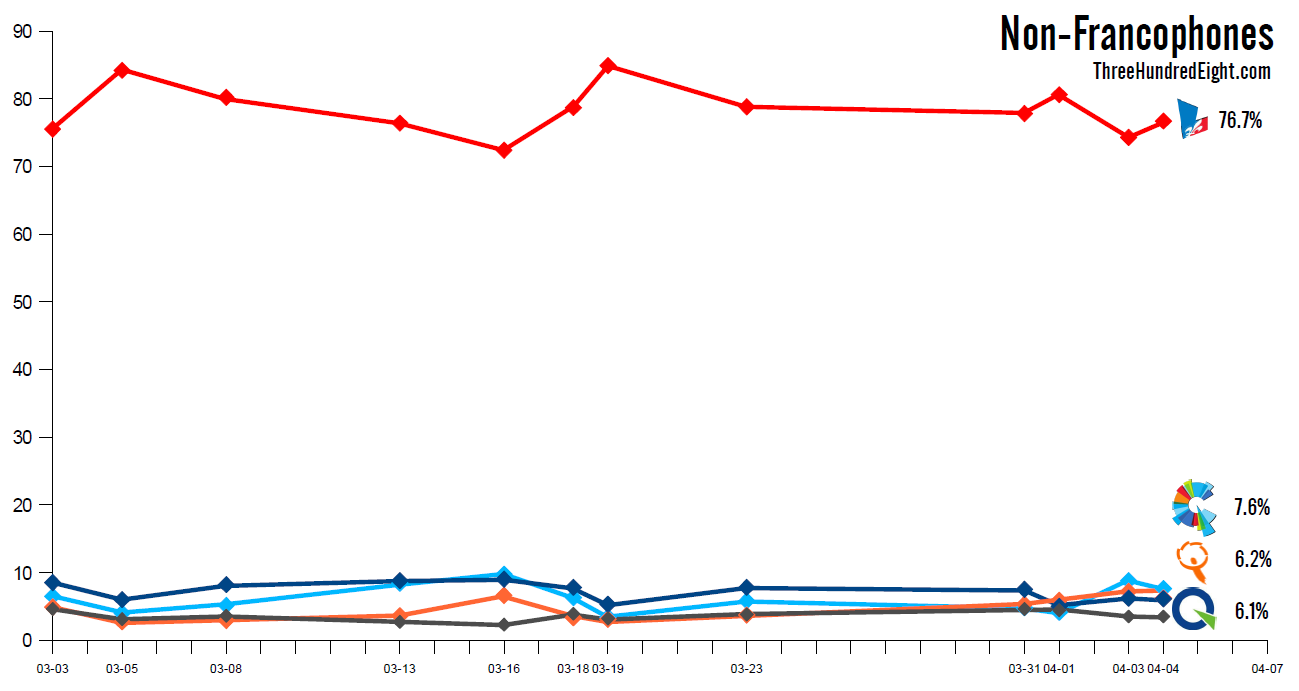 Regions of Quebec includes the regions of Gaspésie-Îles-de-la-Madeleine, Bas-Saint-Laurent, Côte-Nord, Saguenay-Lac-Saint-Jean, Estrie, Mauricie, Centre-du-Québec, parts of Chaudière-Appalaches and the Capitale Nationale that are not within the Quebec City metropolitan area, the Outaouais, Abitibi-Témiscamingue and the parts of Lanaudière, Laurentides, and Montérégie not within the Montreal metropolitan area.