These are the final projections for selected ridings in the region of Gaspésie.

You can click on the image to see them in greater detail. The comparison of results to projections are below. 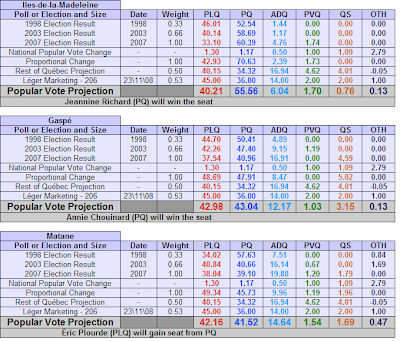 The PLQ won in Iles-de-la-Madeleine, which was not projected, with 49.9% instead of the projected 40.2%.

Not a great record in my native region.