These are the final projections for selected ridings in the region of the Laurentides.

You can click on the image to see them in greater detail. Comparison of results to projections are below. 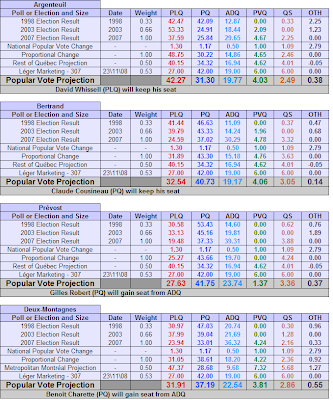