These are the final projections for the region of the Saguenay-Lac-Saint-Jean.

You can click on the images to see them in greater detail, and a comparison of results to projections are below. 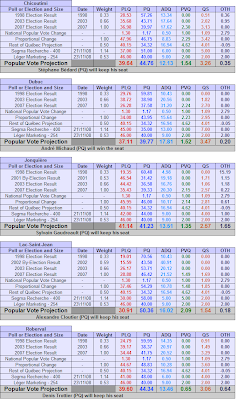