The polls are finally starting to look a little more similar, but that doesn't mean they are all still in agreement. The latest poll from Forum Research for the Toronto Star, for example, shows the Liberals decreasing significantly - the first such decrease recorded in this campaign. 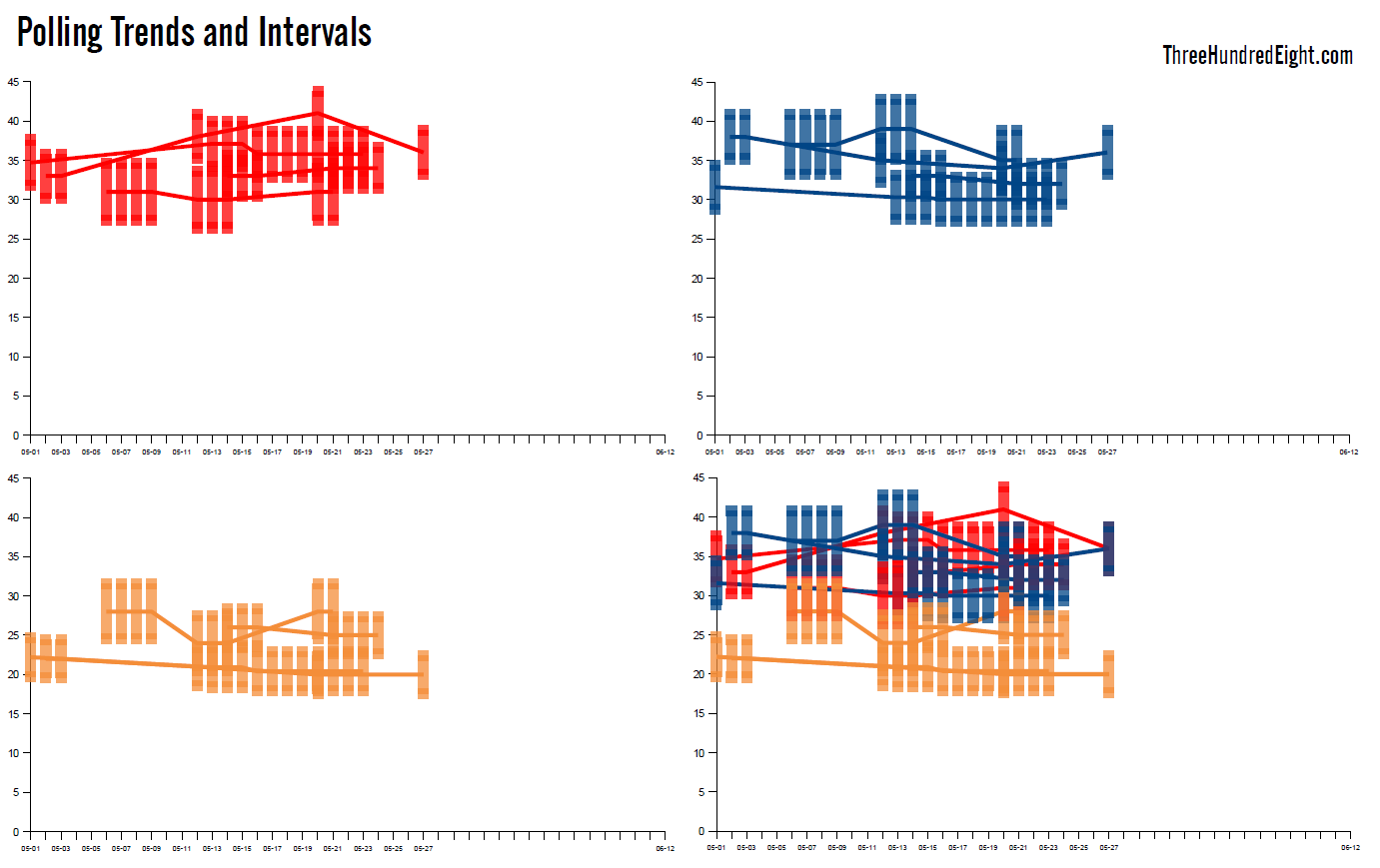 As you can see in the chart above (which tracks each polling firm's trends, as well as the confidence intervals that should generally apply), the drop for the Liberals reverses a rather steady - if slow - increase that every poll has recorded since the start of the campaign. But the question must be asked: is this just a reset? Forum had the Liberals at a very unlikely 41% in their last survey. A regression to the mean was perhaps inevitable. 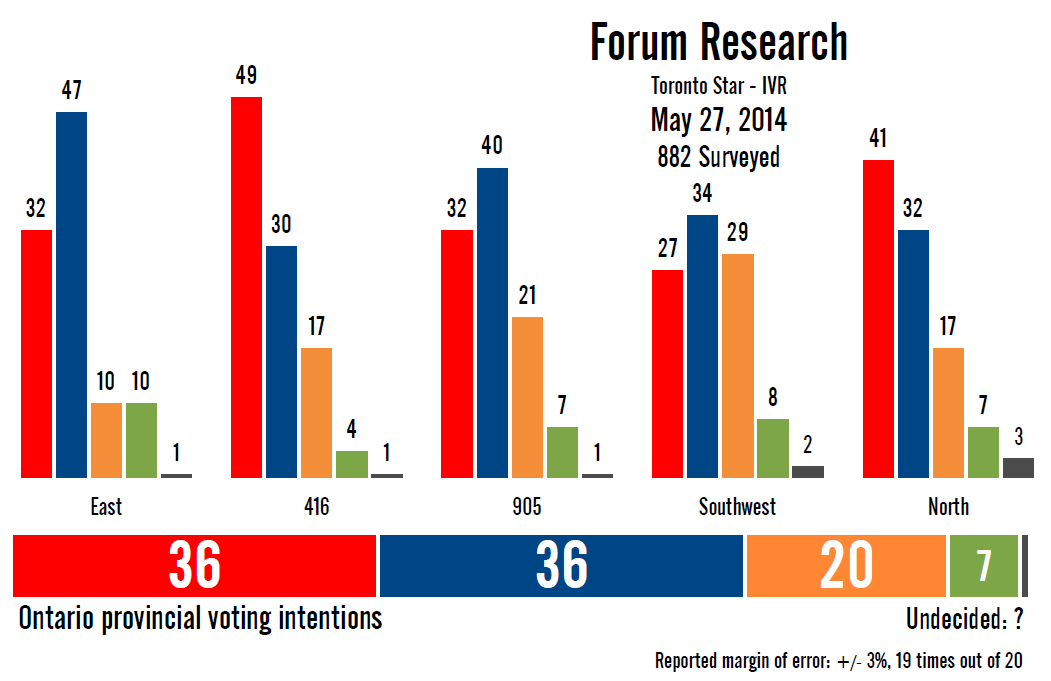 Forum was last in the field on May 20. Since then, the Liberals dropped five points to 36%, moving them into a tie with the Tories, who were up two points. The NDP was unchanged at 20%, while the Greens were up three points to 7%.

Only the shifts in support for the Liberals and Greens appear statistically significant.

Regionally, the Liberals led in Toronto and the north/central part of the province, while the Tories were ahead in the east, southwest, and 905 area code. A few noteworthy shifts occurred: the Liberals dropped eight points and relinquished the lead in the 905, and also gave up the advantage in the southwest with a nine-point slip. In the north, the NDP fell 10 points, but that looks unreasonably low for the party.

On who would make the best premier, Hudak jumped four points to 28%, putting him closer to Wynne's 31%. Horwath came up third with 18%.

The last two polls we have seen out of Ontario have shown a close race, with a two-point edge for the Liberals according to Abacus and now a tie according to Forum. It will be interesting to see if Ipsos Reid, which was showing a narrowing of the gap the last we heard from them, will also show the same sort of close race.
Posted by Éric at 12:08:00 PM