Though the volatility from poll to poll may have increased in April, on average it was a month of relative stability throughout the country. In all, four national and one Quebec poll surveyed 9,225 Canadians throughout the month of April, finding that the Liberals continue to hold a lead over the governing Conservatives. 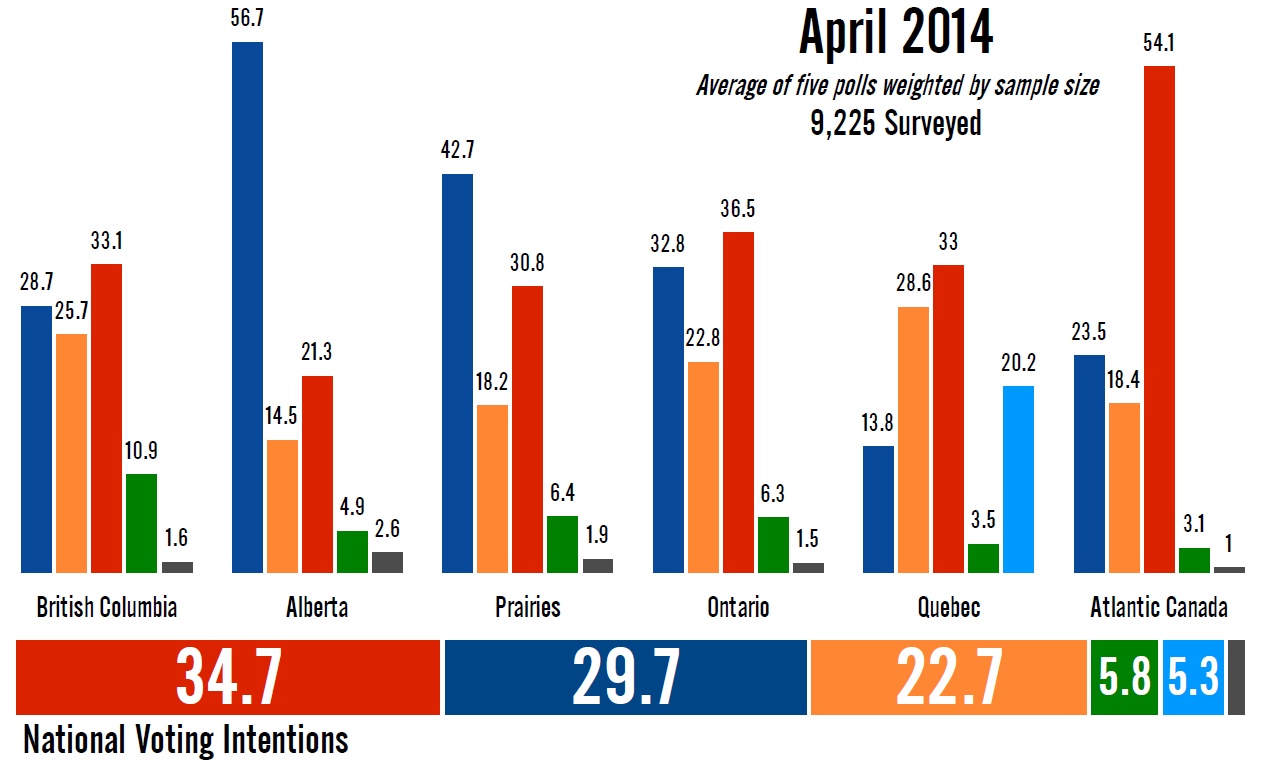 The Liberals led for the 13th consecutive month with 34.7%, down 0.1 points from March. The party has been around 35% support for three months now.

The Conservatives trailed in second with 29.7% support, an uptick of 1.4 points and their best result since September 2013, before the Senate scandal exploded again.

The New Democrats put up their lowest numbers since December 2013, averaging 22.7%, down 2.1 points from March. 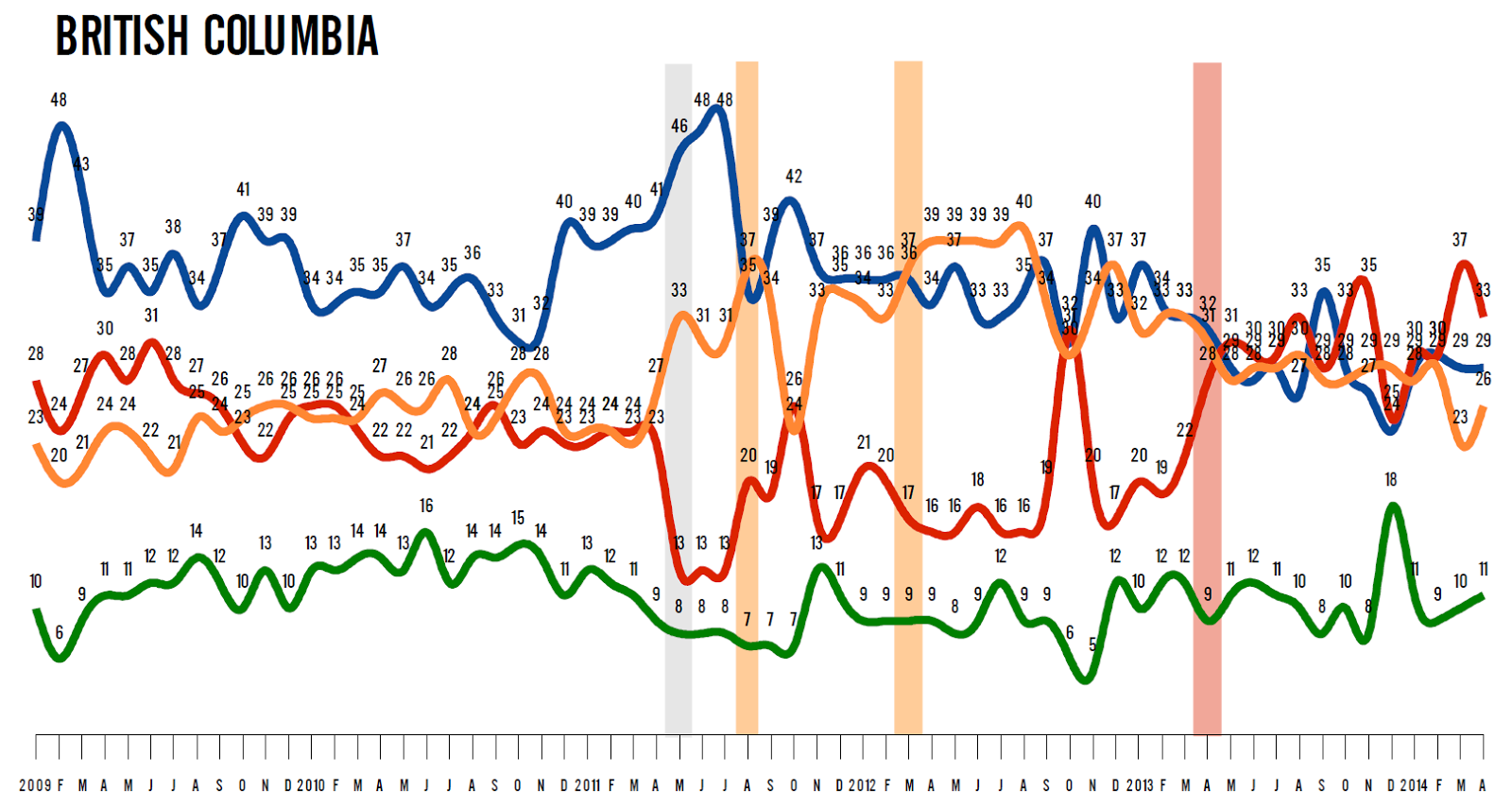 As you can see in the chart, British Columbia has been a very close race since Justin Trudeau became Liberal leader in April 2013. Each of the three parties has led in the province for at least one month, but overall the Liberals have been in a better position. The province has certainly since its share of change, however. Prior to the 2011 election the province was a safe Conservative one. After the 2011 election, it was an NDP-Conservative race. Since Trudeau, it has been a three-way contest.

With these regional levels of support, the Conservatives would likely win about 128 seats, a gain of eight from their March standing. The Liberals dropped 10 seats to 127, while the NDP and Bloc Québécois were up one seat apiece to 77 and four, respectively. The Greens were unchanged at two seats.

The Conservatives made most of their gains in Ontario, where they were up nine seats. They were also up two in Atlantic Canada, but down three in British Columbia.

The Liberals dropped eight seats in Ontario and two each in Atlantic Canada and British Columbia. They were up two seats in Quebec, however.

The New Democrats were up five seats in B.C. but down three in Quebec and one in Ontario.

As mentioned, these averages mask the volatility in the polls we saw in April. Support for the Liberals ranged from between 30% and 39% in polls conducted during the month, while support for the Conservatives ranged between 27% and 33%. By comparison, in March the Liberals ranged between 33% and 39% and the Conservatives between 28% and 29%. It will be interesting to see whether the Conservative uptick recorded in some polls in April was a momentary thing, or something we may start to see more often. The weight of the evidence, however, points to a continued Liberal lead now stretching to more than a year.
Posted by Éric at 10:38:00 AM