Two new polls to report on, one released last night by Angus-Reid and the other this morning by EKOS. 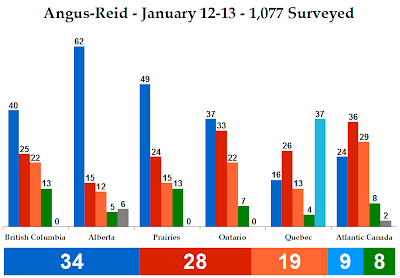 A larger Conservative lead than the Strategic Counsel poll, but 34% nevertheless puts the Tories at lower than both their 2008 and 2006 electoral results. But still the Liberals refuse to make significant gains, stuck at 28%. The NDP, however, is flying high at 19%. This is a three point gain for them from their December 9-10 poll.

A few important regional variations. The Conservatives, at 40%, are doing alright in British Columbia. In Ontario, the Conservatives have a four-point lead (37%-33%), which itself is relatively close. In Atlantic Canada, the Liberals lead here but the NDP is in second.

This poll helps confirm a few new 2010 realities: the Liberals seem to be back in front in Atlantic Canada, the Conservatives are down to troubling levels in Quebec, the race in Ontario is an actual race, and British Columbia remains a battlefield. 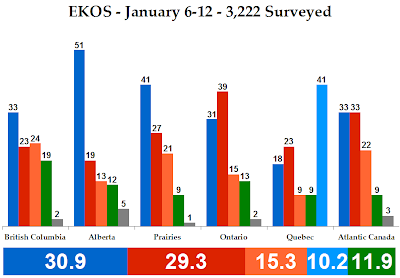 EKOS is more interesting. It is a larger poll than both Angus-Reid and Strategic Counsel, and was taken over a week.

This poll mirrors the Strategic Counsel poll very closely. At 30.9%, the Tories are in trouble. At 29.3%, the Liberals aren't making huge gains but are up. This is a 2.2-point loss for the Conservatives since EKOS's last poll, and a 1.5-point gain for the Liberals. The NDP is down, however, 0.7 points to 15.3%.

EKOS is now prompting with "OTHER", so we're going to see some tall gray bars in the future. Interestingly, but maybe coincidentally, this brought the Green result down 1.5 points. "Other" got 2.3% in total.

British Columbia is very close to SC's poll, but is also close to EKOS's last poll. So, we might be led to believe that 32.8% is closer to the real Conservative level than AR's 40%.

In Ontario, EKOS has the Liberals with a substantial lead, 38.4% to 31.4%. The Liberals jumped two points, but the Conservatives dropped four.

Atlantic Canada is much closer than the AR poll, with only 0.5 points separating the Liberals (33.4%) from the Conservatives (32.9%). 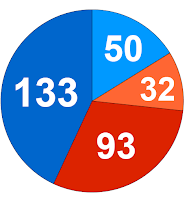 The Angus-Reid poll results in the following seat totals:

So far from majority for the Tories, but comfortably ahead. The Liberals have a slightly more respectable caucus, and the NDP has a slight smaller one. The Conservatives take 49 seats in Ontario to the Liberals' 39. 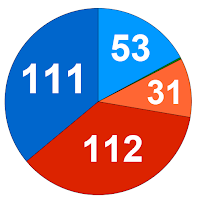 When was the last time the Liberals were ahead in the seat totals? They win 60 seats in Ontario while the Conservatives take only 31.

Clearly, we're somewhere in between. But with Strategic Counsel and EKOS agreeing, we're probably closer to a tight race than we are to just a smaller Conservative lead. These three polls were taken generally over the same period, so let's average them out at the national level and see what we get:

So, a close race. The NDP is flirting with their 18% of 2008, while the Liberals are back flirting with 30%. The Conservatives are worryingly close to their 2004 electoral result. An interesting time.

The Liberals have opened up a nice little lead, but the race is still close. The NDP is, again, slightly below their 2008 result but within striking distance.

The Bloc is inching upwards from their 2008 result, while the Liberals seem to be stuck in the low-20s. The one party that has to be worried is the Conservatives, as they are half-way between their no-seats result of 2004 and their 10-seat result of 2006. The NDP is right where they were on election night, 2008.

We thought things would stroll along smoothly until after the Olympics, but instead we're being given a New Year's treat of political turmoil.
Posted by Éric at 8:22:00 AM