CROP conducted a pre-Christmas poll in Quebec, reported on last week by La Presse. It doesn't show much change from their last poll taken in the second half of November. 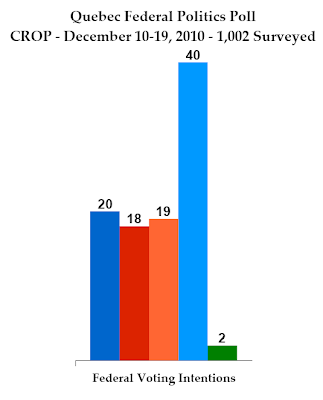 At the federal level, the Bloc Québécois is up one point to 40%, well ahead of the Conservatives. They're up three points to 20%, and are second in the province.

The New Democrats are next, steady at 19%, while the Liberals have dropped to fourth place, down one point to a mere 18%. It's a logjam among the federalist parties. Both the Conservatives and New Democrats should be pleased with this level of support, particularly the NDP. 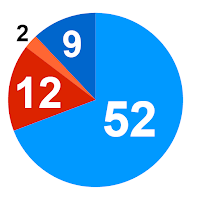 The poll would result in 52 seats for the Bloc, 12 for the Liberals, nine for the Conservatives, and two for the New Democrats.

At the provincial level, there is a bit more movement. 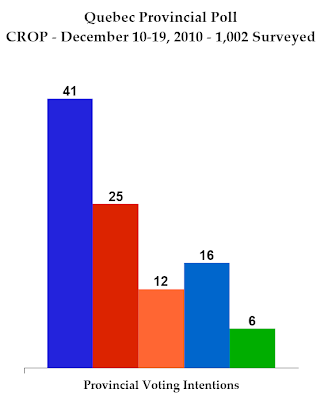 The Parti Québécois is up three points to 41%, while the Liberals are up two points to 25%. It is still a huge lead for the PQ and a disastrous level of support for Jean Charest.

The ADQ is up one to 16%, while Québec Solidaire is steady at 12%. This is a very good level of support for both parties. QS seems to really be making some strides, while the ADQ is back up to respectable levels.

Pauline Marois is the best person for Premier for 29% of respondents, while 18% opted for Jean Charest. Both Amir Khadir (QS) and Gérard Deltell (ADQ) scored 13%. 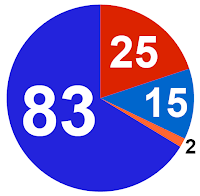 The poll would result in 83 seats for the Parti Québécois, unchanged from my last CROP projection that was featured in The Globe and Mail. The Liberals are up one seat to 25, while the ADQ is unchanged at 15 seats. Québec Solidaire would win two seats, down one from the November projection.

Provincially, this poll does not raise any alarms. However, CROP does have the Liberals lower than Léger Marketing puts them, which is the opposite of how the two pollsters have traditionally trended.

The federal numbers are a bit more unusual. Both CROP and Léger have been polling very well for the NDP in Quebec lately, but other pollsters do not see Jack Layton's party at such a high level of support, nearly twice their 2008 electoral haul.

One could claim that, as CROP and Léger are Quebec-based pollsters who routinely sample 1,000 Quebecers, they are more reliable. I'm not so sure if we can leave it at that. Léger is one of my higher rated pollsters, but CROP is one of my lowest rated. They both use an opt-in online panel, which CROP itself admits is not ideal. Léger's panel appears to have been created randomly, giving it a bit more of a claim to accuracy. Methodology seems to be the decisive factor, as even Angus-Reid (which uses a similar opt-in system) tends to side more with CROP and Léger. Traditional methods, like those used by EKOS, Harris-Decima, Nanos, and Ipsos-Reid, yield very different results.

We'll have to wait until the next election to settle who is right.
Posted by Éric at 7:01:00 PM