It was a busy month in the polling world in February, as one Quebec and nine national polls were published, surveying over 21,000 people. The result? Very little movement since last month, when it seemed the Liberals were on track to lose the lead. Instead, they've held on for the 23rd consecutive month.

Note that the monthly averages are separate from the standing projection at this site. The projection decays polls every week, so polls taken in early February would be worth less than those taken at the end of the month. The monthly average treats all polls conducted in the same month equally, with only the sample size being a factor. 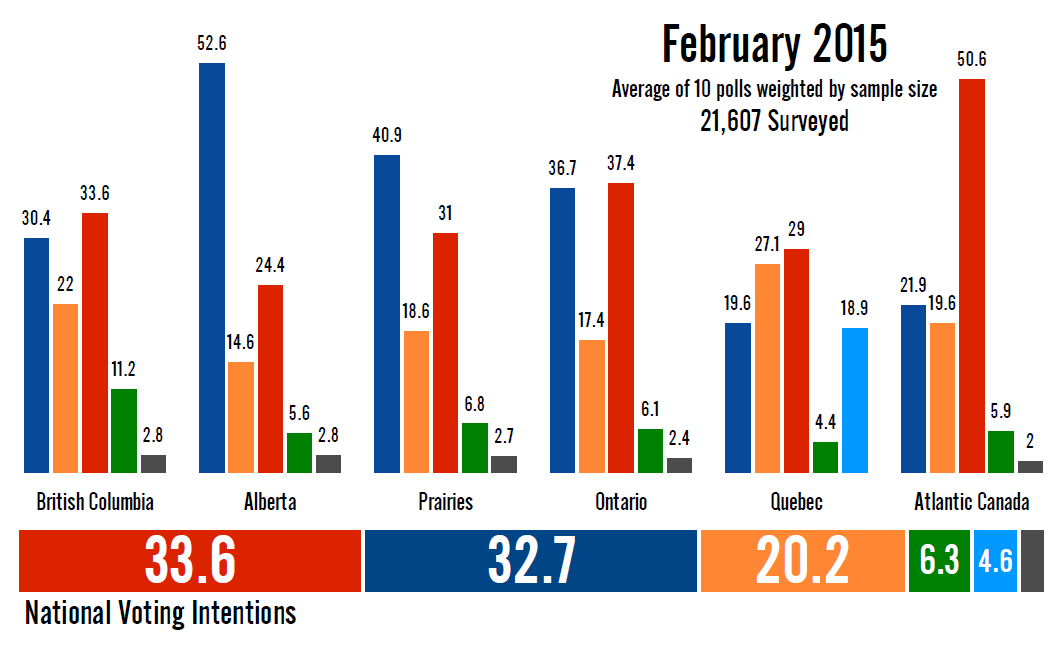 The Liberals led with 33.6% support in February, up 0.1 point from the previous month. This halts a period of decline for the party, which has fallen from the high of 39% they recorded in July.

The Conservatives were down 0.4 points to 32.7%. Nevertheless, this is still the best two months the Tories have put together since January 2013.

The New Democrats slipped 0.8 points to 20.2%, while the Greens were up 0.3 points to 6.3% and the Bloc Québécois was down 0.1 point to 4.6%. An average of 2.6% of Canadians said they would support another party or independent candidate. 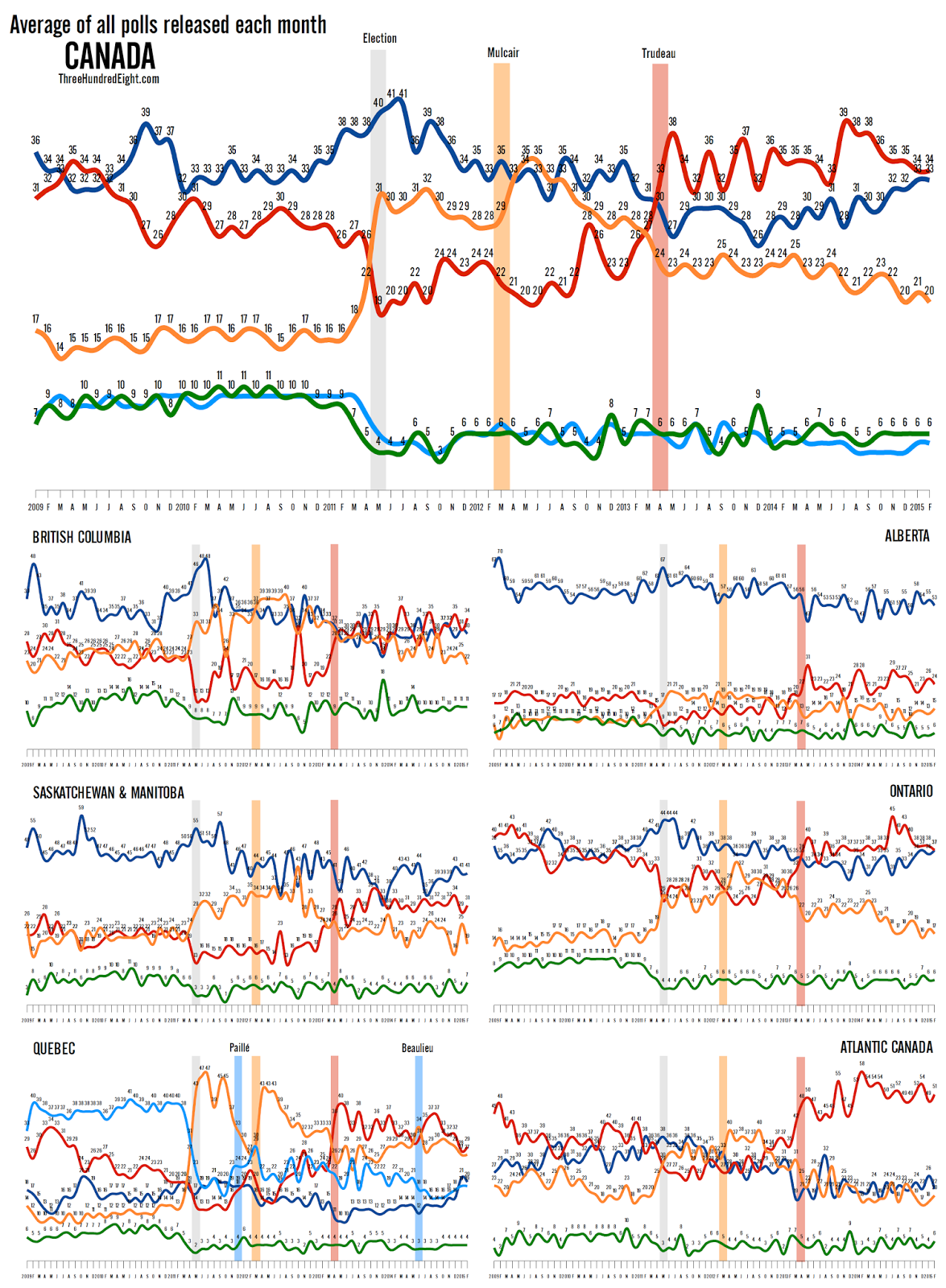 In Quebec, the Liberals were up one point to 29%, but that still represents their worst two-month polling since Justin Trudeau became party leader. The New Democrats were steady at 27.1%, while the Conservatives were down a point to 19.6% (their best two-month period since August-September 2011). The Bloc Québécois was up 0.4 points to 18.9%, and the Greens were up 0.3 points to 4.4%.

The Liberals gained 1.2 points in Atlantic Canada and led with 50.6%. The Conservatives were down 4.3 points (the largest shift recorded this month apart from the NDP slide in the Prairies) to 21.9%, and the NDP was up 1.2 points to 19.6%. The Greens picked up two points to reach 5.9%.

With these levels of support, the Conservatives would likely win about 143 seats, up six from the January projection. The Liberals would take 127 seats, up three, while the NDP would take 63, a drop of nine. The Bloc and Greens are unchanged at three and two seats, respectively.

The Conservatives made gains in Ontario (five seats), the Prairies (three), and British Columbia (two), but dropped in Quebec and Atlantic Canada (two each).

The Liberals made inroads in Quebec and Atlantic Canada (two apiece) as well as British Columbia, the North, and the Prairies (one apiece), but dropped four in Ontario.

The NDP slipped one seat in both the North and Ontario, three in British Columbia, and four in the Prairies.

The overall picture, though, points to general stability in the numbers with the Liberals and Conservatives being within a hair of each other.
Posted by Éric at 11:22:00 AM