Just for fun, let's tweak the latest Léger national poll (September 25) according to these findings: 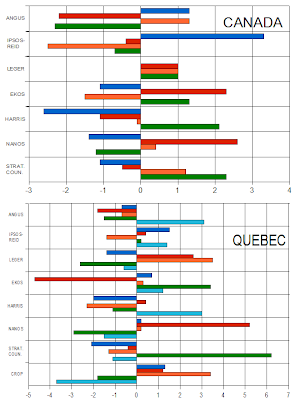