In Quebec, they are the most favourable pollster for the Conservatives, but still only giving them about 1.5 points more than everyone else.

For fun, here is the last Ipsos-Reid national poll, adjusting for the discrepancy: 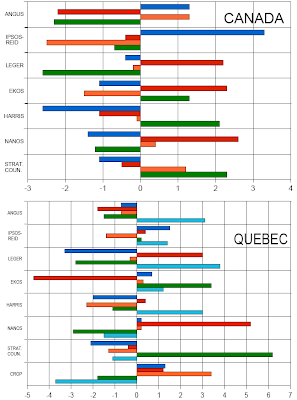