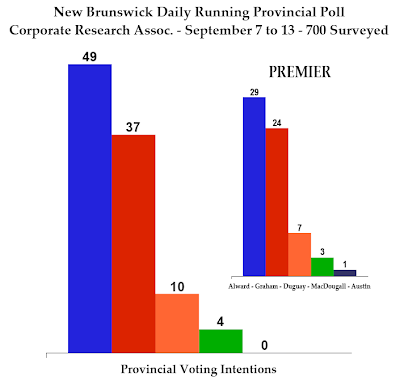 Compared to yesterday, the Progressive Conservatives are unchanged at 49%. The Liberals have dropped another point and are now at 37%. The New Democrats have picked up one point and are back into double-digits with 10%.

Note that polling ended on September 13, before yesterday's debates. And since the debates were broadcast in the evening, we probably won't see any effect until Friday's polling data.

Things are going well for the PCs as the Liberals fall away. 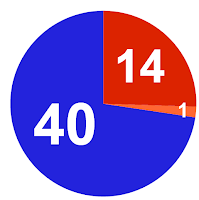 This poll would give the Progressive Conservatives 40 seats, reducing the Liberals to only 14. The NDP would win one seat.

David Alward is the best man for the job of Premier for 29% of New Brunswickers (up one). Graham gets 24% (also up one) while Roger Duguay is at 7% (down one). Jack MacDougall and Kris Austin are unchanged at 3% and 1%, respectively.

In terms of the projection, the Progressive Conservative majority has grown by one seat to 29. The Liberals have been reduced by two seats to 24 while the New Democrats are up one to two seats. 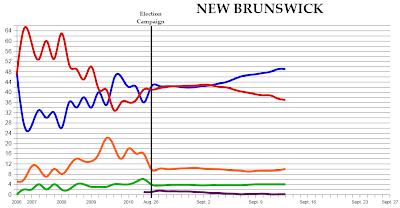