PCs roar ahead in New Brunswick

The daily Telegraph-Journal/Corporate Research Associates poll is now showing some serious movement, as the Progressive Conservatives have opened up a huge 11-point lead over the governing Liberals. 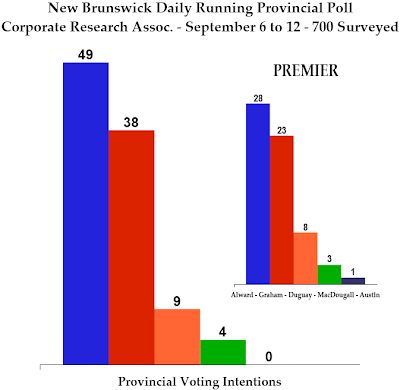 Compared to yesterday, 49% is a three point gain for the Progressive Conservatives, all at the expense of the Liberals who are down to 38%.

The New Democrats, Greens, and People's Alliance are unchanged at 9%, 4%, and less than 1% respectively.

This is a huge shift, with a statistically close five point gap expanding to 11 points. This will certainly set the tone for the debate tonight, though we will only see whether they have an effect starting on Thursday. 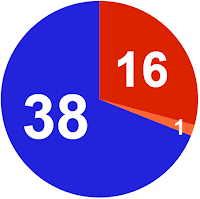 With this 49% to 38% PC lead, David Alward's party would win 38 seats and form a solid majority. The Liberals would be reduced to 16 seats and the New Democrats would win one. 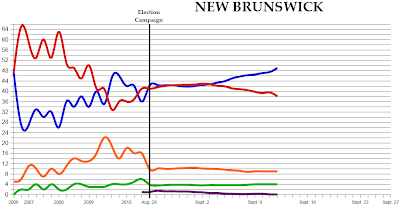